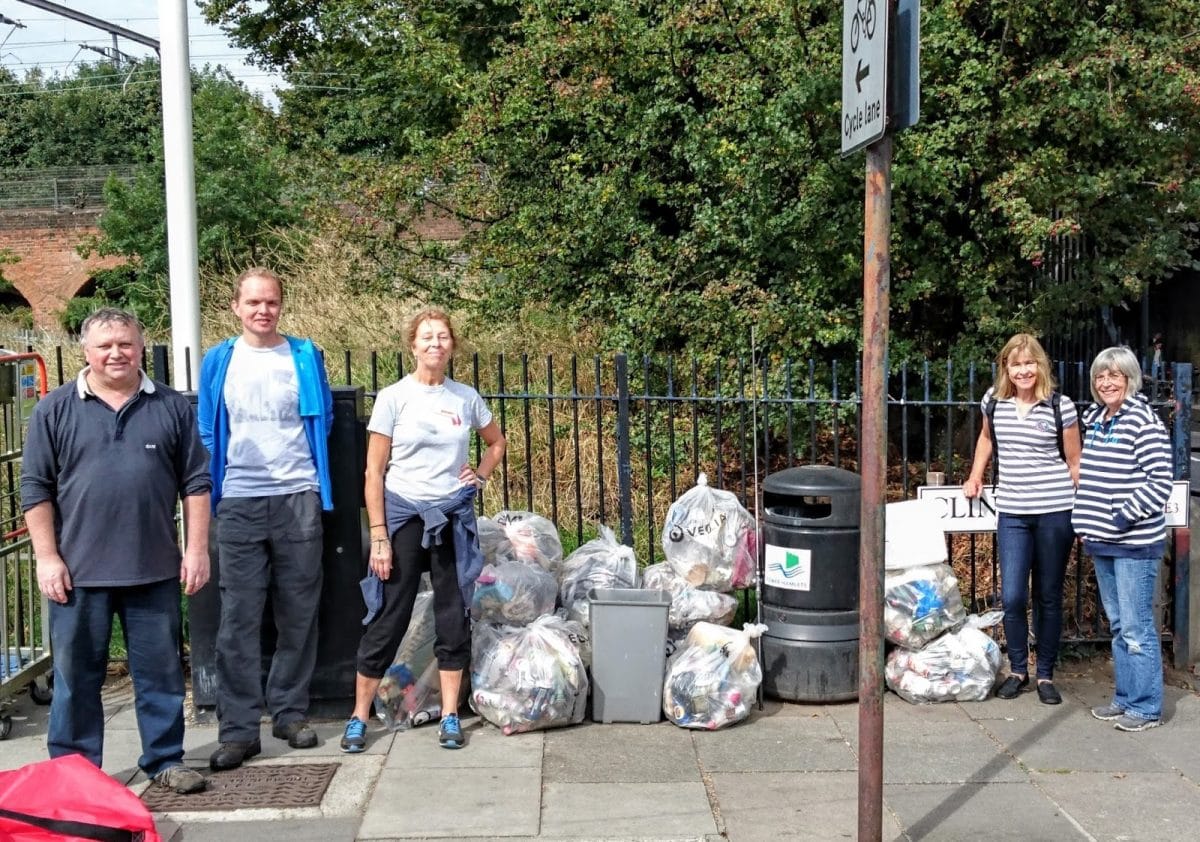 Sunday the 13th September saw FOMEP’s second official litter-pick. This time we concentrated on the area of the Park between Roman Road and the railway line just south of the Climbing Wall. We collected 21 bagfuls of litter including oddly lots of Growing Concerns plastic pots which made a change from the usual haul of Rubicon Mango cans and 350ml Smirnoff Vodka bottles.

We also found a large amount of dumped carpet rolls and a couple of coffin-sized polystyrene blocks (presumably used by boats for additional buoyancy. We have reported both of these on FixMyStreet for Tower Hamlets Council to deal with.

The most shocking find of the day was the huge amount of “officially” dumped rubbish behind Grove Road’s Britannia Fish Bar. The shop stores it’s waste in a couple of “euro” bins just inside the park. The problem is more food waste and general rubbish seems to have found itself into the undergrowth than in the bins. We have reported this tip to Tower Hamlets Council as it will undoubtedly attract rats.

And finally a favour…. I help run a group that, on a voluntary basis, helps remove litter from the Hertford Union and Regent’s canals. If you pop into the new Tescos in the Roman please can you cast a vote for the Lower Regents Coalition (at customer services desk) as we are in with a chance of winning £1000 which would really help us in our work and help make the waterways of Tower Hamlets nicer places to visit. Many thanks.

Join us for Tomorrow’s Litter Pick at 10am

Join us for our monthly litter pick