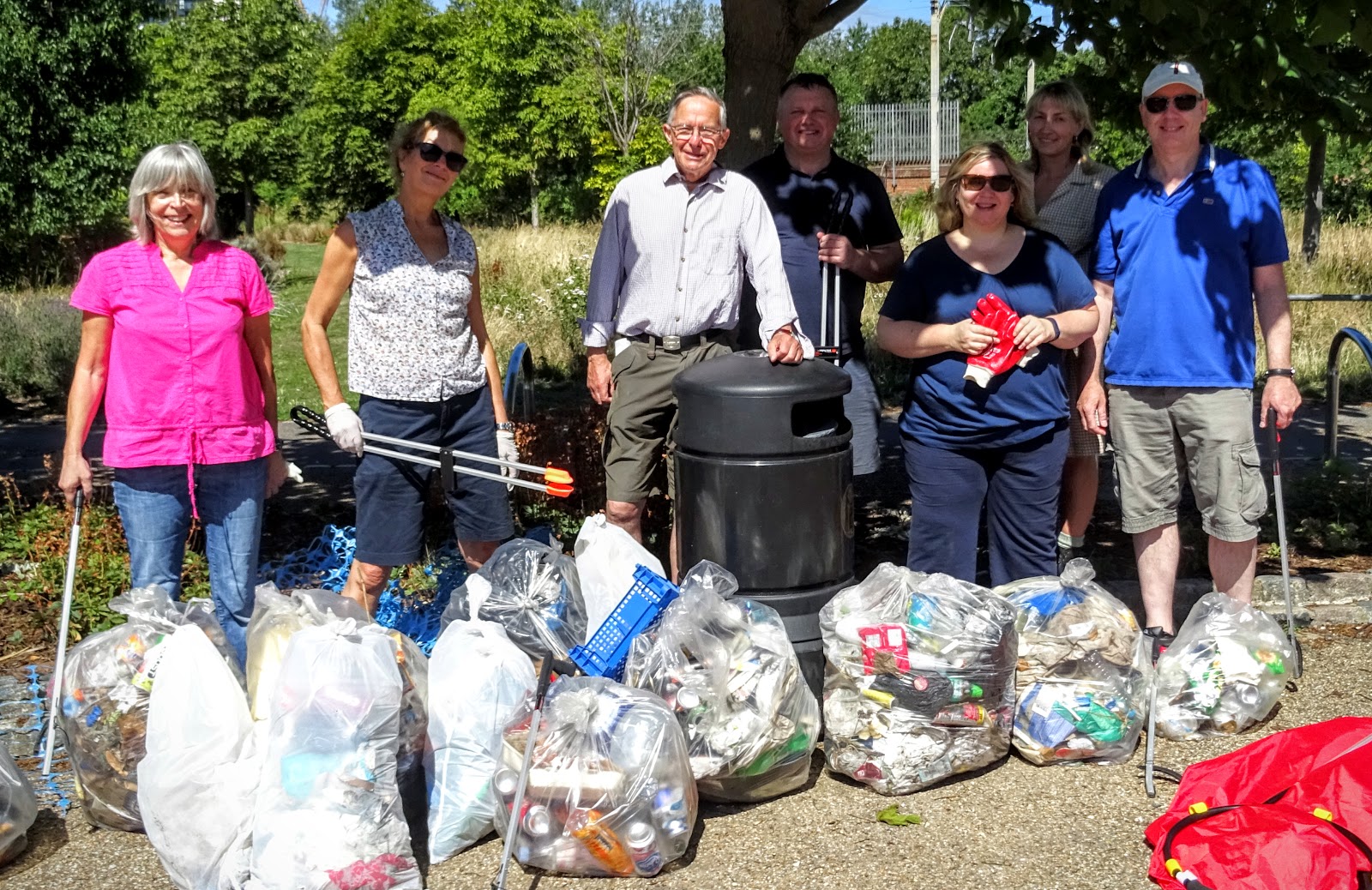 Thanks to those who came along yesterday morning for our inaugural Friends of Mile End Park Litter Pick. It was a friendly, social occasion and we were blessed with scorching hot weather.

There were eight of us (Catherine missed the group photo as she was still litter-picking away) and it was so hot we had to alternate between climbing Mile End Mound and the refreshing coolness of Chris’ Wood. We collected so much litter that we used up all the Capital Clean Up refuse sacks and Ken had to go and shop for more.

We concentrated on the area between the Grove Road railway bridge and the Green Bridge. As you might guess there were lots of tin cans, drinks bottles and (my pet hate) styrofoam kebab & chicken containers; but we also found two pairs of shoes, an inflatable bed, two chairs, a Co-Op shopping basket and a roll of blue barrier fencing. We even managed to recruit another volunteer on the hoof, Bart from Clinton Road, and we hope he can make the next event.

We clocked off a little bit earlier than planned and then had a well earned iced-coffee or two courtesy of Pamela, Awet and the crew at The Coffee Room.

We plan to continue these litter picks throughout the year and I’ll let Friends know when the next one is. We will probably concentrate on the area between Roman Road and the Grove Road railway bridge.

Postscript: Just after Bart took the group photo I managed to lose the brand new camera which put a real downer on the day. But low and behold, this morning I got an email from a cyclist Pete who had found it. Camera and owner are now reunited. Thanks Pete. Excellent detective work.

Join us for Tomorrow’s Litter Pick at 10am

Join us for our monthly litter pick